200 employees are laid off. Closing the DAB radio network.
Raidió Teilifís Éireann (RTÉ), one of the world's oldest public broadcasters, must save an additional € 60 million in 2020-2023. RTÉ has ​​cut costs by 23 percent over the last ten years, but still has a poor economy due to reduced revenue from the TV fee. Five radio channels will be gone, but RTÉ is investing for a future on-line.

The savings mean that 200 employees will be forced out next year. The salaries of the ten most highly paid executives are reduced by another 15 percent and for the management by 10 percent. The members of the Board of Directors will be completely without remuneration. The DAB radio network is completely shut down, which means that RTÉ 2XM, RTÉ Pulse, RTÉ Gold, RTÉjr Radio and RTÉ Radio 1 Extra will disappear completely. Remaining are the four FM channels RTÉ Radio 1 FM, RTÉ 2fm, RTÉ lyric fm (classic) and RTÉ Raidió na Gaeltachta, all also available digital online.

Despite the savings package, RTÉ will continue investing in new radio studios with video broadcasting equipment, more podcasts and a further development of RTÉ Player, which is available on the web and as an app. 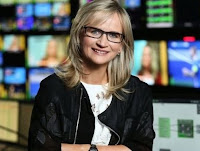 RTÉ Director-General Dee Forbes said there is no future for RTÉ if immediate action is not taken. She believes that the broadcaster is in a "never before seen position" and that the licensing system is in an urgent need to be reformed. Forbes says RTÉ is not bankrupt, but that they have been in deficit for a number of years. If we do not act and if the government does not act, there is no future for RTÉ, she said.

Prime Minister Leo Varadkar says RTÉ issues need to be resolved. He would like to discuss the issues with the RTÉ Board. He says that RTÉ's questions are about much more than the license fee, and that the government wants to be part of the solution.

The Minister for Communications, Climate Action and the Environment has said that this is a "very difficult time for traditional media." Richard Bruton, who spoke on RTÉ's Six One News, said that there is a future for RTÉ, and that the broadcaster have an "invaluable public service role ”

The end of DAB in Ireland

By and large, there is no DAB in Ireland after RTE closes its network. The other multiplex for mainly commercial radio was already closed in 2017 as there was no demand by consumers and broadcasters. Now only one niche radio station catholic Radio Maria remains in Cork.

In its now published strategic plan by RTÉ there is not any signal of any further investment in DAB. RTÉ would rather be on the Internet "RTE's streaming and on-demand services will be even more central for our audience taking their place along our linear channels".

The disappearance of DAB+ from Ireland means that it is becoming less relevant for the UK to upgrade its network to DAB+ , from the old DAB standard which  for example still  is use in Belfast Northern Ireland. Since Denmark recently upgraded to DAB+, the UK is the only country in the world with the old system. Receivers for old DAB cannot be used to listen to new DAB+

This is another major setback for the DAB promoters. Lately we have seen how a German federal state parliament has rejected the system. National DAB in Norway seems to be heading for a complete fiasco for the  stakeholders.

Today there only a handfull of countries with DAB as an established listening platform. Many countries have opted out of the system and are rather investing in digital radio online as an alternative to FM.  Not being integrated in the smartphones continues to be a serious setback for DAB.

BBC: No Switch-Off Plans for FM Radio
BBC Will Evolve Into an Internet Broadcaster