However, Local radio on FM is healthy
A new report from the Media Authority shows that for the first time, that national Norwegian television and radio channels has experienced a sharp fall in advertising revenues of more than NOK 200 million. 2018 is the first year we see advertising revenue fall. Loss from the peak year 2017 is NOK 212 million, or 4.7 per cent, says Mari Velsand, MD of the media authority.

The commercial radio sector with only one source of funding is more exposed and vulnerable than the television sector.  It is reported that radio channels which  broadcast on DAB exclusively have large operating deficits and that many lose more than they earn from broadcasting on DAB.


The local radio stations remaining on FM have experienced great growth since the national channels switched off their FM networks. The media authority's investigation of the DAB economy for the radio channels shows that they have received large cost increases after the DAB introduction. The majority of the local radio industry's total revenue comes from stations with FM licenses, and many of these players also broadcast on DAB, says the audit report. 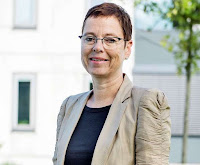 While more than half of the revenues from the national commercial TV channels come from sources other than advertising, advertising is the only source of income for the commercial radio channels.

The two national commercial radio companies receive all their revenue from advertising sales. In 2018, revenues fell by more than ten per cent, which corresponds to NOK 62 million.

The trend shows that the radio and television companies now experience the same as the newspaper industry, namely that the advertisers move their investments to other channels, says Velsand.

No listeners no money
The Media Authority report contains no conclusions regarding the root cause of crisis of the radio industry, namely the extensive listening loss for the three national companies that are broadcasting exclusively on DAB. Some DAB channels do not even muster a 1% listener share.

The lack of listening interest has in turn hit the two commercial players; German Bauer and Swedish NENT (formerly MTG) as the advertisers fail. The fact that the DAB investment is to blame is easy to understand because these two radio companies simultaneously operate profitable commercial radio in neighbouring Sweden, but via nationwide FM networks. Not on DAB.  In addition, Bauer has a profitable operation in Finland where the DAB platform is completely absent.

In Norway listeners are dissatisfied being forced off FM and into a DAB network that is widely reported to function inadequately, with many drop-outs and bad sound as the most frequent complaint. Many have replaced FM listening on national radio with Internet digital radio on smartphones etc. Also most local radio are remaining on FM for another five years, and there is also cross-border listening on Danish and Swedish radio channels.
There are no plans to replace FM with DAB in any of Norways’s neighbouring countries; Denmark, Finland, Russia and Sweden.

Some experts with industry insight believe that Bauer and NENT will try to persuade politicians for a regained license to broadcast on FM. With further losses on a DAB-only network they might otherwise leave the Norwegian market. Thus, the public broadcaster NRK is at risk to be left behind as the only national DAB player. Whatever happens, however, a DAB fiasco might already be here.