Local radio on FM biggest threat to transition scheme
The transition from FM to DAB in 2018 for national radio presented a well expanded choice of channels by the three actors; public broadcaster NRK and commercial companies Swedish NENT and German Bauer. But radio listening did not increase, instead the audience was fragmented and advertising revenue decreased. In the national DAB bouquet of radio channels, 70% have less than 2% listening some have so few listeners, hardly possible to measure. The parliament now will decide to protect the two commercial companies from local competition on FM in the four big cities (Oslo, Bergen, Stavanger and Trondheim).


It is noteworthy that the listener research figures, made by Nielsen, include all digital listening, both DAB and the Internet. Also play / podcast. Local radio is not measured.

The market shares for national radio are distributed public broadcaster  NRK a total of 64.7, the P4 group (NENT) 24.3 and Bauer 11.1 percent. 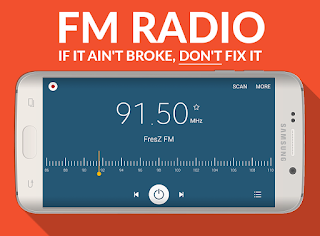 Analysis
The continued poor listening rate for national DAB radio in Norway is estimated to be due to widespread dissatisfaction with poor reception and drop-outs especially in road traffic where also at least half of all cars still do not have DAB installed. Another crucial factor is the competition from local radio that still broadcasts on FM. In addition, half the Norwegian population can listen to cross-border radio on FM - primarily from Sweden and Denmark - - as well as music services on the Internet such as Spotify. Listening to FM is not measured by Nielsen.

Advertisers turn away from DAB. According to the Media Agency Association, revenues from radio ads fell by 14 percent during the first half of 2019. In 2018, the media agencies reduced their advertising purchases on radio by 10.7 percent. The only growth is on local radio on FM. It should also be noted that Bauer and NENT perform significantly better in Sweden, where there is only FM listening on the terrestrial network.

Since the transition from FM to DAB alone, the two commercial companies are losing money. P4/NENT lost NOK 50 million in one year according to M24. Last week, staff cuts in P4 were also announced. This summer, Bauer's group management decided that Lasse Kokvik should leave his long-standing position as CEO and editor-in-chief of Bauer Media Norway (Radio Norway). He was replaced by Jim Receveur, who is continuing  as CEO of Bauer Media Denmark, but is now also in control of the operations in Norway.

The parliament now decides to extend the FM licenses for five years for local radio. But exceptions are made for the four largest cities where commercial local radio is not allowed to broadcast FM. This is generally seen as an attempt to protect Bauer and P4/ NENT from competition and give support for the Norwegian DAB initiative to survive.

If the commercial companies leave the DAB-network, the public broadcaster NRK will risk drawing the short straw, i.e. become the only DAB player at national level. NRK might then be forced to take over ownership and operation of the DAB network from Telenor (owning Norkring). The Internet-oriented telecom company will hardly have any business interest in an outdated infrastructure such as terrestrial radio and television.