This rollout, representing 800 FM transmitters by the end of 2022, is a major step towards the decarbonization of FM broadcast in Germany,  says the French company WorldCast Systems.

SmartFM design enables broadcasters that use its transmitters to reduce energy consumption by up to 40%. There are approximately 2,000 Ecreso FM transmitters in the country, nearly half operated by Uplink.

FM RADIO SECURED FOR ANOTHER DECADE IN NORWAY

The government coalition Labour and Center Party together with Socialist Venstre have secured a political majority for local and community radio stations do not need to apply for a new license to broadcast on FM but that these are extended directly without a new application process in 2025. This is good news for those who today broadcast and listen to local radio whose survival depends on not being dependent on a costly transition to the DAB system. This applies to both commercial and non-profit local radio.

In connection with the proposal for the state budget, it was proposed that there would be a new round of applications for community radio in the period 2027 to 2031. From 2017, local radio has had its permits directly extended twice, most recently for the period 2022 to 2026, and local radio has been heard on their argument that a renewed search process would be labor-intensive and provide little predictability. The concessions, valid until 2032, will now be distributed directly to the local radio stations that wish to continue broadcasting on FM.

A multinational project might challenge DAB and put new life into terrestrial
broadcasting.

The licence for the test broadcasts runs until August 2022, which can be extended to August 2023. The frequency allocated is 86.5 MHz and with a bandwidth of 200 kHz, which makes room for two DRM signal. Each DRM signal has a capacity of 186.4 kbps and accommodates three audio channels and multimedia services, so for the 200 kHz a total of six digital radio stations can thus be broadcast.
Read more »

WorldDAB paints a positive picture but hides from many obstacles
At the WorldDAB Summit 2021 promotional venue several DAB stakeholders painted a positive picture of developments of this radio platform, foremost in France, Germany, the Netherlands and Switzerland. Today, 40 percent of French people can listen to digital audio broadcasting, said Hervé Godechot from the media authority CSA. Next year, half of French listeners will have 465 digital radio [stations] available at home.

However, a presentation about the recent UK Digital Radio and Audio Review poured some cooler water on the conversation according to a RadioWorld article. For instance, although DAB will be the primary platform for radio well into the next decade,” said Ian O’Neill, head radio/head of television for the U.K. government’s Department for Culture, Media and Sport, setting a firm date for shutting off FM could end up sabotaging digital radio.

Norway To Retain FM Radio For Another Ten Years

Good news for local radio but not for the DAB lobby

Today the government led by the conservative Erna Solberg was replaced by a coalition of the Social Democrats and the Center Party (Sp). The new government declaration clarifies that the focus is on local radio being able to continue broadcasting on FM until 2031. MP Åslaug Sem-Jacobsen (Sp) has supported local radio in the desire for extension and is very pleased with today's statement: This is something I have worked a lot with, and therefore I am happy that we in SP have had an impact on the platform, she says. Even if this coalition government will not have a majority in the Stortinget, Sem-Jacobsen believes that the proposal will be adopted. 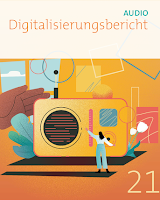 Radio station agree to switch off at the end of 2024. But yet the case is not closed.

Last year private radio broadcasters and public broadcaster SRG agreed on an early and staggered shutdown of the FM stations: in August 2022 for the SRG and in January 2023 for the private broadcasters.  In the past weeks and months, however, the shutdown has become more and more a political issue: the former media minister Doris Leuthard had already joined the discussion in June and advised the government to halt the process. Now FM will be retained for another couple of years.

The conservative party wants taxpayers to save commercial radio.

If a right-wing coalition takes replaces the red-green government next year it is likely that the Moderaterna (the Conservatives) will get through the reform proposals in their media policy program. One of the  proposals for commercial radio which, among other things, means that the state should take over the cost of the infrastructure for all terrestrial radio across the country. In the background are the high costs that the two commercial radio companies have for their terrestrial distribution on both FM and DAB, while at the same time having a smaller and continuing declining share of radio listening in Sweden.

The proposal emphasizes that the commercial radio and television of the future need predictable and long-term rules of the game and technology-neutral legislation. Increased state responsibility and a lower bar for obtaining a broadcasting permit would mean that commercial radio would have more leeway to develop new forms and business models, without abandoning parts of the country.