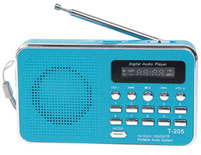 Market and technical deficiencies presented in a new report
The Public Service Council in Sweden has released a 17 page report by a Nordic Radio Workgroup  DAB facts 2019 - Crucial problems and disadvantages with the digital system DAB  for terrestrial sound broadcasting. This report puts a finger on a sore point. As a transmission and listening platform DAB is in many parts inferior to other systems as the global standard FM or the global expanding mobile and fixed broadband platform. For the first time most DAB deficiencies and shortfalls are presented in an international report  independent from any stakeholder.
Read more »

Listeners very satisfied with range of stations and reception quality.
The BBC’s ground-breaking 5G broadcast radio trial in the rural community Stronsay, Orkney, has been extended until the end of September 2019. The trial began in February this year with residents in Stronsay becoming some of the first people in the world to receive live radio broadcasts over 5G mobile networks.
Read more »

Will focus on growing challenges by online audio delivery
A new review of digital radio has been announced by Margot James, Minister for Digital and Creative Industries.James has confirmed the Government’s support for the radio sector and announced that the DCMS will collaborate with radio broadcasters and the supply chain on a review and programme of work to ‘ensure a healthy and vibrant digital future for UK radio’.                                   (Photo: Radio Today)
Read more »

FM Radio Extension in Norway. Another Setback for DAB Stakeholders

Media Authority proposes local radio may continue until 2026. But minority radio in metropolitan areas might be wiped out.
A transition from FM to DAB will cost close to NOK 1 billion.
A local FM broadcasts ban by 2021 would reduce media pluralism, according to the media authority Medietilsynet. In a report commissioned by the Ministry of Culture, it is recommended that the 198 local radio stations, both commercial and community radio, may continue on FM for another five years. The future of local radio has involved many Norwegians. The Media Authority has received views from over a hundred organizations, stakeholders and listeners in connection with the work on the report. But now the ball is at Stortinget - the parliament -which will take a decision soon.

Switzerland: FM Radio Switch-Off Delayed Until 2024 - If Ever.

The radio industry hesitates. DAB listening is not increasing.
Switzerland has so far been the only other country, after Norway, who planned to switch-off  FM radio. But now FM seems to continue for five years. Much because the Internet becoming the most important radio platform. A spokesman for the telecommunications authority says to the Zürich daily Tages Anzeiger that there now appears to be opinions that the radio industry has not yet taken decisions on planning for FM shutdown and that the FM frequencies can be shut down later than expected, in 2024. Thus, the previous objective is missed to close in 2021.
Read more »

Too few listen to DAB radio. Dutch rather go online.
LX Classics and Hotradio Hits have left their broadcast positions in the national multiplex MTVNL. There is a great dissatisfaction with digital terrestrial radio on the distribution side in Holland. The transmitter network is too expensive. Above all, the real listening is too limited in order to justify the investments. The radio stations begin to focus on a future on the Internet. (Satellifax)
Read more » 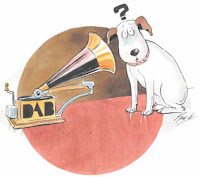 DAB lobby tries to manipulate political opinion
A recent study commissioned by,the Media Authority (Medietilsynet) claims that the majority of the population is satisfied with radio in Norway. There is no government assignment that forms the basis of this study, but it seems to be an informally ordered survey carried out in collaboration with NRK, the P4 group (NENT) and Bauer Media. The telephone survey covers 1,000 people, thus claimed to represent a population of 5 million. The survey is published just in time for an upcoming proposal about the future for local radio on FM.                                             (Pic: VG Oslo)
Read more »