National DAB Radio for Swedish Public Broadcaster Not In Sight

Applying for continued supplementary broadcast permit 2020.
Sveriges Radio (SR) seeking permission to broadcast national digital radio (DAB) has been interpreted by some as the public broadcaster has a go-ahead for a national DAB network. However, SR does not intend to make  any changes to the present DAB regional coverage or channel offerings with a renewed broadcast permit starting 2020. The application for a national DAB permit which the company has submitted is a ”to be prepared for any political decision on digital radio". No such political considerations are currently on the table at the Ministry of Culture. Nor is it likely that any proposal indicating tax financing a DAB built-up will have a chance of surviving in the parliament (Riksdagen) before the next 2022 election. 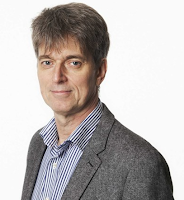 Our digital broadcasting license expires and we are now applying to continue as today. If it later becomes relevant to increase broadcasts, we want that possibility to be established in the new permission. So this should be seen as a preparation for any political decision on digital radio, says Jan Petersson, strategy manager with responsibility for social contacts. SR continues to broadcast the six channels P1, P2, P3 Din Gata, P4 Stockholm, P7 Sisuradio and Knattekanalen on DAB+ also after this New Year. We will not make any output changes, but we will continuously review it, says Jan Petersson according to Radionytt.

At mid-year, Sweden's Radio closed down the three music channels P2 Classical, P2 World and P3 Star. In the DAB network, they were replaced by P2, P3 Din Gata and P4 Stockholm.

SR started broadcasting DAB officially as early as 1995. Now with supplementary permit of the broadcaster’s main transmission licenses on FM. SR has about 35% population coverage in the Stockholm, Gothenburg, Malmö and Luleå areas.But listeners are few estimated to be a some thousand. Audience research have not been published. Listeners who want alternatives to FM radio go for digital radio online via fixed and mobile broadband. Today, "digital radio" in Sweden is for the most part synonymous with radio on the Internet where SR has also established a strong position via SR Play and more.

In 2014, SR's additional costs for production and distribution for a national DAB network was estimated to be approximately SEK 625 million over a seven-year period. However,  the official proposal was then to replace the FM network completely by DAB. SR was clear about economically not being able to run both FM and DAB in parallel. Today, there are no indications that politicians are more willing to provide extra tax funding for a technology that is considered by many to be outdated.

The digital radio investigation's proposal in 2014 met strong consultation criticism by important authorities and academic institutions. In addition, the National Audit dismissed the DAB radio scheme with a deep review report which the Riksdag approved without any objections in February 2016, and also confirmed in unity the government's decision to file the DAB investigation proposal without action.

This was the third attempt to establish DAB radio in Sweden. Instead, a modern technology is now waiting around the corner when terrestrial digital radio will be transmitted via mobile broadband; 4G and 5G LTE Broadcast in several European countries.

Today it is foremost NENT (formerly MTG) that is investing in DAB radio despite its failure so far with the forced closure of FM in Norway. Experience shows that commercial radio needs to bring public service companies into the scheme to generate sufficient listening interest for DAB.  The radio listening share in Sweden is 60% for SR.

All 200 countries in the world except Norway is retaining their national FM radio. There are only a handfull with a DAB listening on weekly basis exceeding 15 %;  United Kingdom, Norway, Denmark, Switzerland and Australia. The future of DAB radio does not seem to be bright in Sweden.