Would Google become the Global Broadcaster? 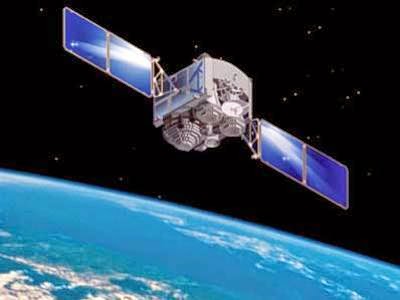 Broadband Satellites a Game Changer in the Spectrum Struggle
Google is planning to spend more than $1 billion on satellites that will offer internet access worldwide from space. Google will begin with 180 small satellites that will orbit the Earth at a lower altitude than most other craft. The project could have a great impact on the global struggle for spectrum in the UHF band, which television broadcasters increasingly are losing to mobile broadband operators. Besides expanding space for video distribution online radio might get almost unlimited access via the satellite network.


Wall Street Journal reports thatGoogle has been hiring new staff from satellite companies in an effort to get its space internet scheme off the ground. People familiar with the project say the devices Google intends to use will weigh less than 250 pounds (113 kilogram)., The fleet in the future will ultimately to involve 360 satellites operating at an altitude of 800 km and 950 km.The costs for the venture could top $3 billion as Google makes tweaks to the network and revises the number of satellites it needs to offer internet in unconnected parts of the world.

A number of tech companies are exploring ways for it to increase broadband coverage to parts of the planet that lack internet infrastructure. Google's Project Loon uses balloons to act as high-altitude ISPs, and in April, it acquired Titan Aerospace, a company building solar-powered drones that can beam internet signals from the sky.

A Google spokesperson suggested the company's efforts were altruistic. "Internet connectivity significantly improves people's lives. Yet two thirds of the world have no access at all." But there's also a financial reason to offer these two thirds a reliable way to get online. If at least one of the methods — balloon, drone, or satellite — can successfully offer high-speed internet to underserved parts of the world, then Google will also be in a position to offer its products and services to vast new markets.

While satellite launches can be expensive, the strategy could give Google a foothold in a growing business. The effect of competition could be powerful. Google’s entry into municipal fiber markets has tended to drive down prices and improve service offerings from existing ISPs, according to some analyses. Google could beam Internet connectivity to countries that have only a single ISP—often one controlled by a government—and very high prices for Internet connectivity.

Does Google have a spectrum strategy?

A company part-owned by Google has acquired some MSS (mobile satellite service) spectrum in the Ku band left over from the now-defunct satellite venture Skybridge.

This is not the first time Google has made a move into the world of spectrum management. A few weeks ago CEO Larry Page had gone out of his way to slap down proposals to use internationally harmonized spectrum (and almost certainly MSS spectrum) for its high-altitude balloon venture, Project Loon, which is considering offering services on cellular spectrum that is already assigned.

Google is a charter member of the Dynamic Spectrum Alliance, which promotes the use of dynamic spectrum access in as many bands as possible - starting with TV white spaces.
(Sources: The Verge, Technology Review, PolicyTracker)