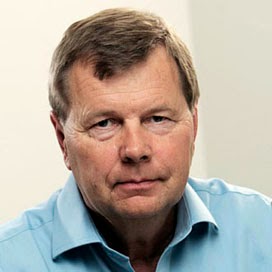 National Organisation: a possible digital transition should be implemented over a longer period with state subsidies
Svein Larsen MD of Radio Metro is elected to President of the Norwegian Local Radio Association (NLF) with an overwhelming vote, but not with any support from SBS Discovery Radio.
Larsen don't want to keep FM and a digital transition should be over time instead of a set switch-off. For digitalization local radio will also need state subsidies. Larsen says that the authorities have been too much concentrated on the major broadcasters leaving local radio behind.


NLF is unique in the Nordic media landscape as this organization has both commercial and non-commercial (community radio) stations as members.

Radio Metro is a part of the company 21st Century, which has local commercial stations in Oslo and some other cities. Svein Larsen has for some years been very critical how the DAB-system is introduced in Norway. In April 2013 Radio Metro was the first Nordic station to trial DRM+ on the FM band in Trondheim.

The public service radio (NRK) and the two major commercial networks are forced to leave FM in 2019. However, there is also a political decision in the parliament that small-scale broadcasters could choose to stay on FM. But there might be upcoming problems in drawing the line for the regional networks of local stations.