Europe and South Korea together on 5G mobile technology

It has been projected that by 2023 a mobile traffic increase on the order of 1,000 times is expected. To meet that dramatic traffic growth, next-generation mobile networks are also expected to achieve a 1,000-fold capacity increase compared to the current generation of wireless network deployments. This will include expanded space for mobile distribution of audio/video services as digital radio and television.

According to the European Commission the agreement signed in Seoul today is a milestone in the global race to develop 5G mobile technologies.


Neelie Kroes, Vice-President of the European Commission for the Digital Agenda, and Mr Mun-Kee CHOI. South Korea's Minister of Science, ICT and Future Planning have agreed to work towards a global definition of 5G and to cooperate in 5G research. They also agreed on the need for harmonized radio spectrum to ensure global interoperability and on the preparation of global standards for 5G.

Both sides signed a Joint Declaration on Strategic Cooperation in Information Communications Technology (ICT) and 5G, agreeing to deepen discussions in the area of Net Futures (network and communications, 5G, cloud computing), an element of on-going relations on ICT topics. Both sides will also work towards a coordinated call for research project proposals, to be launched in 2016. An industry memorandum of understanding will be signed between the EU’s 5G Infrastructure Association (whose members include Alcatel-Lucent, Atos, Deutsche Telekom, Ericsson, Nokia, Orange, Telecom Italia, Telenor and Telefonica) and South Korea’s 5G Forum. 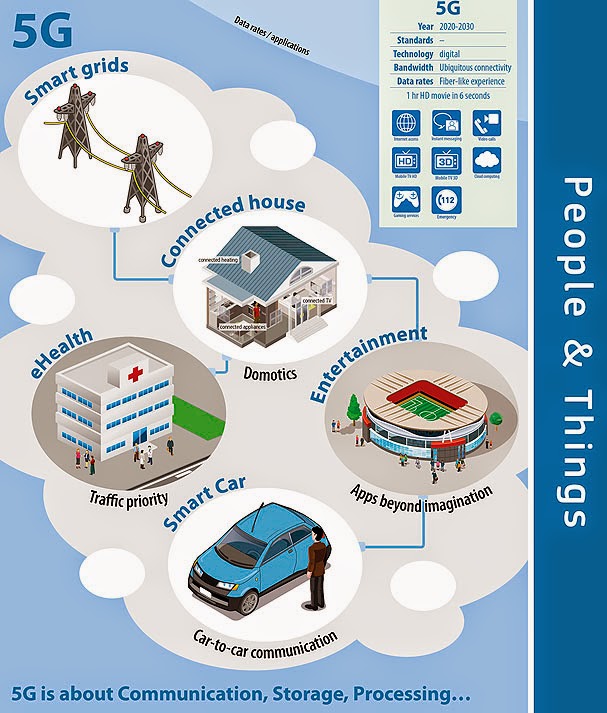 Neelie Kroes said 5G will become the new lifeblood of the digital economy and digital society once it is established. Both Europe and Korea recognise this. This is the first time ever that public authorities have joined together in this way, with the support of private industry, to push forward the process of standardisation. Today’s declaration signals the our commitment to being global digital leaders.

5G is a new network technology and infrastructure that will bring the capacities needed to cope with the massive growth in the use of communication – especially wireless – technologies by humans and by machines. 5G won't just be faster, it will bring new functionalities and applications with high social and economic value.

In December 2013 the Commission launched a Public-Private Partnership on 5G  The EU is investing €700 million over the next seven years into the 5GPPP through the Horizon 2020 programme. EU industry is set to match this investment by up to 5 times, to more than 3 billion euros. South Korea is investing and coordinating research its efforts through 5G Forum and there are other major public and industry-led initiatives s in China, Japan, Taiwan and the US.