Public broadcaster ABC National Radio is again testing in DRM mode A on 747 kHz, from the Broadcast Australia Site at Dockers Plains, Victoria.  Although DAB+ is established in the five metro cities the government policy is to retain both AM and FM in order to secure a national and countryside coverage for emergency alert systems (EAS).

There are several hundred medium wave AM stations in Australia for public, community and commercial broadcasting.

The first DRM test was made by ABC already 2005.  In 2019 the Australian Communications and Media Authority (ACMA) concluded in a report that due to Australia’s diverse geography and listeners’ requirements, a mix of radio platforms will be considered in the future. According to the report the FM and DAB+ current solutions available in Australia cannot replicate the wide AM coverage advantages.

AM will continue to be an important delivery mechanism for radio broadcasts in the regional and remote Australia, says the report, but  AM radio and its digital version offered by Digital Radio Mondiale (DRM) can match the coverage of high-power AM services. ACMA consider it useful to ‘explore the feasibility and desirability of adding DRM technology’ to Australia’s domestic delivery platform mix.  ‘Chipsets which include DRM for AM are available and installed in cars for the Indian market’, states the ACMA report.

During the catastrophic forest fires in Australia in 2019, it turned out that the public service company ABC's radio and television broadcasts had great population confidence and also helped to save lives. The medium wave (AM) proved superior to the other terrestrial radio platforms (FM and DAB+) thanks to the wide geographical transmission range. 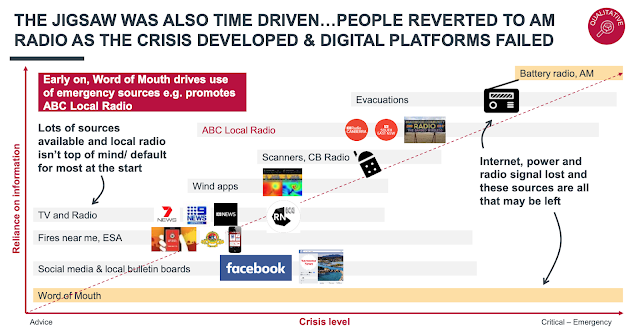 Digital Radio Will Not Replace FM in Australia

AM Added to Digital Radio Receiver for Australian Market