"You don't want to admit that DAB was a mistake, and now you try the crowbar”

Political resistance against the proposed FM switch-off is mounting. And the Zurich media pioneer and Radio 1 CEO Roger Schawinski wants to prevent the forced shutdown of FM. At the beginning of May he launched the petition “Save FM” and announced a complaint to the Federal Administrative Court. Already 21.500 people have signed the petition "Rettet UKW". In an interview in Neue Züricher Zeitung Schawinski says that thanks to IP and 5G, all applications will soon only run on a single platform. All except DAB +. Because it is a 35 year old intermediate technology. It needs its own terrestrial infrastructure, and consumers need their own devices. This is complete nonsense.

He is most annoyed that a technology should assert itself and not because something else is banned. You don't want to admit that DAB was a mistake, and now you try the crowbar. Lots of people cannot see any real advantages of DAB despite the multi-million dollar advertising campaign.

The politically Mitte-President Gerhard Pfister protests with an interpellation and SVP parliamentary group leader Thomas Aeschi with a motion against the switch-off of FM. There is also a lot going on with the Greens according to Schawinski. Up to now nobody has been able to conclusively explain to me what the purpose of switching off the FM network is. The decision is the opposite of customer-friendly and massively weakens the radio medium, he says.

The Zurich FDP politician Ruedi Noser now also wants to submit a parliament motion against the planned FM shutdown in the summer session. Noser believes that this decision is a «wrong decision» and compares it to the unsuccessful introduction of ISDN to the telephone, which was replaced shortly afterwards by the Internet.

The Telecommunications Commission has unanimously pleaded for the closure of the network, but without being aware of its further consequences, said Noser.  He believes that the same commission will have to debate the matter again after his initiative. The computer expert assumes that if all the consequences are known, the VHF switch-off may be postponed by a few years. 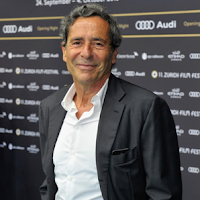 The NZZ newspaper asked Schawinski why very few countries have switched to DAB+. He said that when DAB came up, it was agreed that the days of analog broadcasting would soon be over. The future would belong to digital technology. DAB was therefore considered sexy. But then came the internet. It enables all applications to run on just one platform. Over the years, more and more countries moved away from DAB. In England, DAB was pushed for a long time, but the BBC postponed the planned FM switch-off twice, currently until 2032i.

Germany has extended the FM licenses without an expiry date, in Ireland they are completely away from DAB. The only country that switched to DAB entirely was Norway. But the local stations have been broadcasting via FM again for a long time. When the national FM frequencies became open, stations from Denmark and Sweden has more reach into Norway.

Here in the heart of Europe, things are getting much worse. If, after switching off FM, you turn your FM radio and only get SWR 1, 2 or 3 in, then you will hear SWR 1, 2 or 3. (SWR = Südwestrundfunk Germany)

Switzerland originally wanted to introduce DAB in lockstep with its neighbors. Now we are the only country in Europe that is making the switch, continues Schawinsk .He pointed out to (the media minister) Doris Leuthard at the time that the FM transmitters can continue to operate at least until 5G is widespread. She was very surprised and commissioned a study which Schwinski does not believe she ever delivered.

DAB is a fact. I accept that. I am only resisting the fact that FM is switched off prematurely. When the CD came out, records weren't banned either. It is the first time that a widespread technology has been forcibly phased out. And it is highly questionable whether such an action would not significantly violate the freedom of the media, which is particularly protected in Switzerland. A court should clarify this.

The newspaper asks if Schawinski will benefit if  Radio 1 is the only one to continue broadcasting on FM. The SRG (the public broadcaster) and Bakom (the media authority) put it this way: If Schawinski is allowed to broadcast on FM because of his complaint to the Federal Administrative Court, then he has an enormous market advantage and brings the whole concept to collapse. At the same time, however, it is claimed that FM no longer plays a significant role. Which of the two is true now? Either FM is so strong that I have a real advantage, or FM is so weak that they could let me do it.

Schawinski hopes that SRG will come to terms and give up its shutdown plan.

Switzerland: FM Radio Switch-Off Delayed Until 2024 - If Ever