Terrestrial Digital Radio To Complement AM and FM in South Africa

A pyrrhic victory for the DAB lobby. Analogue switch-off not on the agenda 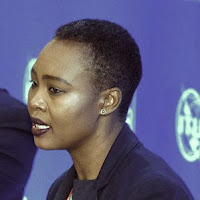 The South African Minister of Communications and Digital Technologies, Stella Tembisa Ndabeni-Abrahams, has issued policy direction regarding the introduction of digital sound broadcasting in South Africa which recommends both DRM (for AM and FM bands) and DAB+. This decision represents a first for digital terrestrial broadcasting anywhere, as it brings together in one policy the two ITU recommended open digital radio standards, DRM and DAB+.

The aim of the directive is to provide a licensing framework and optimum allocation of radio frequencies for the South African three-tier system of public, commercial and community broadcasting services. This will stimulate, where economically feasible, the South African industry in the manufacturing of digital receivers and ancillary gadgets and encourage investment in the broadcasting sector.


Digital broadcast networks and services must be introduced alongside existing analogue radio services (FM and AM) and must achieve various goals, including universal service and access for all; the introduction of new entrants into the industry; promoting investment; promoting competition; fostering innovation; and reducing costs.

The media authority ICASA must also ensure that the three-tier system of public, commercial and community broadcasting services is catered for. It must also take into account the lessons learnt during South Africa’s disastrous analogue-to-digital television migration project and developments around the introduction of digital radio elsewhere in the world, according to the minister.

For some years both DRM and DAB are being tested in some cities in South Africa. In 2018 ICASA conducted an inquiry which clearly indicated that analogue broadcasting on AM and FM should be retained in South Africa. Foremost it was a matter of costs for the consumers as it was indicated in the submission by the public broadcaster SABC.

However, there is no government plans to replace AM/FM with DAB/DRM in a foreseeable future. Thus, the directive rather open for DRM and DAB as completion systems for South African broadcasting.  Any success for these systems will depend on a free consumer market which is also increasingly tied to mobile and fixed broadband platsforms.

Unfortunately, the minister seems to be misinformed about some technical aspects. She expressed hopes for development ”handheld cellphone devices” with embedded DAB/DRM. However, there are not any smartphones on the global market with this capability and there are no signs that it will not be technically feasible.

Is the DAB lobbyists going to far in South Africa?

On the website of the WorldDAB organisation the decision in South Africa was presented in this way:
”.... Stella Ndabeni-Abrahams, issued the policy directive to the regulator ICASA allowing for the licensing of Digital Sound Broadcasting. DAB+ has already been officially endorsed for use in South Africa. Local receiver manufacture is not mandatory, and many cars on the road already have DAB+ as standard.”

The lobby organisation never mentioned the other system DRM. Readers will get a slanted picture of the sound broadcasting scene. For many years WorldDAB has been notorious concealing all inconvenient facts about the DAB technology. Heavy lobbying via the EBU has also put obstacles for the development of the competing DRM system in Europe.

In South Africa there are false rumours about a successful introduction of DAB and an analogue switch-off in Europe. Norway is the only country today to switching-off national FM, a step which is not successful. Almost all other countries have no plans to switch-off FM including the Nordic countries and the UK.

In 2018 a Nordic Experts Group commented to ICASA that the WorldDAB submission document focused very much on DAB digital advantages over analogue FM radio but in a slanted way and emphasizes certain benefits of DAB. WorldDAB has deliberately omitted amounts of data and several facts. This will manipulate authorities and decision-makers.

DAB is envisioned as a greater and more important as radio systems in the world than it far for being. The document is well written but artfully designed and as usual with many delicious and appealing promises, but in essence, all the critical issues are omitted. You should especially take notice that listener statistics are omitted. The number of radio channels or the number of receivers sold is still not any indication of consumer demand or satisfaction level. There are no references to any scientific studies verifying the technical or economical sustainability of the system.

The Nordic Experts Group memo has not yet been public disputed by any stakeholder.

Also read
South Africa at Digital Crossroad: FM Radio Will Be Retained
Digital Radio to Complement Analogue in South Africa
Who Is Trying to Push South Africa Into the DAB Quagmire?
The Illusions of the DAB Radio World Are Worrying