A study on which platforms the Germans use to listen to the radio this year and the previous three years has been presented at the IFA Electronics show. 94 percent listen to radio on FM. This is a percentage that have been unchanged for the past four years. A third -  34.1%  - use the Internet for radio listening. Other digital radio is shared evenly; DAB 13.8, via cable 14.7 and satellite 13.9%. 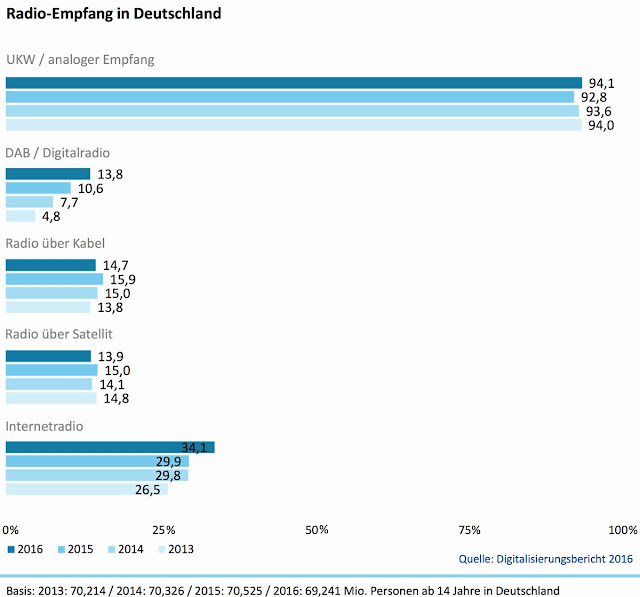 There are estimated to be approximately 120 million FM receivers (including in-car) in Germany. The number of DAB receivers sold to date is 9 million. The sharp increase in internet listening is largely because smartphones have become the new radio receiver. There are about 50 million smartphones in use in Germany in 2016.