Head of Bauer commercial radio in Norway replaced. DAB still a flop.
The CEO of Bauer Media in Norway for six years, Lasse Kokvik, has promptly left his job, without having another one in the pipeline. The new boss Jim Receveur, is CEO of Bauer Media Danmark, will retain his role as CEO of the Danish part of the company. Bauer is one of two commercial radio networks in Norway. Main channel is Radio Norge but Bauer is also operating another seven channels in the DAB network. The rapid change of throne occurs as the economy for Bauer's Norwegian operation is deteriorating while many listeners reject DAB radio. At the same time, Bauer is profitable in the neighboring countries, where they still broadcast on FM.


Bauer Media in Norway has struggled with its economy in recent years and several experts media site Medier24 have talked to is not surprised that Kokvik must go now. If you do not deliver results over time, it is quite natural that the owners want a new investment in the company, says radio analyst at Carat, Morten Wiberg to Medier24.

Journalist and radio expert Kyrre Dahl tells Media24 that it does not come as a bomb for him that Bauer Media is now acting in Norway.For me, it is no surprise that Lasse Kokvik goes. They have been drudging for a long time in Norway and still do. - They do not succeed with the things they do - even if they try to be creative, says Dahl, who has followed the radio industry closely for several decades.

The media consultant at Hausmann, Arne-Inge Christophersen, points to a very demanding situation on the radio market. He believes in particular that Bauer's commitment to Radio 1 has flopped.  There are many possible scenarios here. It may be that someone buys up Bauer Media or that it is being phased out. - I am absolutely sure that there has been a conversation between P4 and Bauer Media about buying and selling, he says to Medier24.

The results for Bauer Media in Norway for 2018 have not been published, but in 2017 the company delivered a negative result of NOK 22.8 million. In 2016, they generated a small profit with an operating profit of NOK 2.3 million. On the other hand, Bauer Media earns money in Denmark, where there are terrestrial transmissions both on FM and DAB as well as in Finland and Sweden where Bauer only broadcast on FM. Previously, it has also been reported that the competitor NENT with P4 neither is profitable in Norway (only DAB), while at the same time doing well in Sweden (without DAB).

Listening rate to national radio in Norway has fallen considerably in recent years, especially when after leaving FM and going DAB-only. Many listeners have not chosen to go DAB and instead the local radio still broadcasting on FM has got a real boost. Listeners complaints of DAB have been many, mainly because of poor coverage with many drop-outs, poor sound quality. Half of the Norwegian car fleet is not equipped with DAB receivers.

The DAB stakeholder racket in January this year enabled reports increased listening numbers. But this was possible by switching measurement companies from Kantar to Nielsen. This did not convince the media agencies selling radio advertising. 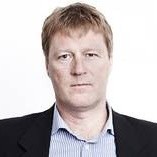 Much indicates that the leaky DAB balloon is one of the reasons why Kokvik must leave the company. Jim Receveur has previously expressed resistance to replacing FM with DAB. This was done when he was CEO of SBS Discovery (which Bauer bought up) with a protest entourage to the Danish parliament in 2014 together with other media companies and the two rights organizations.

Radio veteran Leif M. Synnevåg welcomes the new Bauer manager in Norway in a chronicle in Radionytt and writes among other things: Jim Receveur (Receiver among friends) is a connaisseur of radio. He is originally Canadian and well traveled in clock wheels and formats. Let us hope that he can inject a vital injection into the Norwegian radio situation at DAB. Because if not, the audience can stand completely without radio signals on DAB isooner that you can imagine.

Bauer is a German media group with head office in Hamburg and radio stations in mainly Germany, the UK, Slovakia, Poland and Scandinavia. Bauer's commercial competitor on the national radio market in Norway is the P4 group owned by Swedish NENT (formerly MTG). Norway is the only country in the world which is not broadcasting on nationwide FM. Local commercial and community radio in Norway will continue on FM until at least 2026.

Also read
Lasse Kokvik steps down as head of Bauer (Radionytt)
FM Radio Extension in Norway. Another Setback for DAB Stakeholders
The DAB Backlash: Only Half of The Population Now Listen to Radio
Broadcasters Question DAB Venture in Denmark