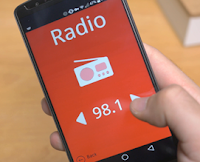 Neigbouring Sweden continues to expand FM networks.
The security situation will leave DAB out of the picture.
The increasingly tense security situation around the Baltic Sea has definitely killed all visions of replacing the current FM networks with any different technologies like DAB+ in Sweden. This according to our reliable sources in government authorities. Reports from Norway during the 2017 national FM switch-off also confirm many of the concerns expressed in referral reports from several Swedish authorities regarding the latest digital radio 2015 proposal to replace FM with DAB+.  - Now, there are indications of an upcoming disaster for the radio emergency alert capacity in Norway unless there will be a change of course.

The Norwegian DAB network has a significantly less range geographically than previously FM. This is because an FM transmitter has twice the range of a DAB transmitter. The sea range along the Norwegian coast has decreased for the public broadcaster NRK. Few have observed that NRK is continuing long and medium-wave broadcasting at the Arctic Sea (Ingøy and Longyearbyen) in order to reach, among other things, the fishing fleet. - During the past year car drivers have experienced that DAB radio ”drop out" significantly more often than FM.

It has also been noted that in Norway lots of listeners have not as expected replaced their FM receivers with DAB. Many continue to listen to local radio on FM as well as in large parts of the country also on Swedish FM radio. A majority of the Norwegians are opposed to the FM closure and the national channels (NRK, Bauer and MTG) have also lost about 20% of listeners while local radio has increased correspondingly during 2017.

Preparedness levels for emergency situations have been lowered when a large proportion of the population is no longer reached by national service broadcasts NRK1 (Norway NRK1), neither in Norway nor in car borne visits to border areas in Sweden. Lots of Norwegians go here for shopping and holidays especially to the counties Värmland, Dalarna and Jämtland.

At least a million Norwegian cars have not yet installed DAB. It is also a problem that most of the approximately 2 million cars, buses and lorries that visit Norway every year do not have DAB receivers. Unlike FM, DAB is not an established world standard. DAB is not used in neighboring countries Sweden and Finland. 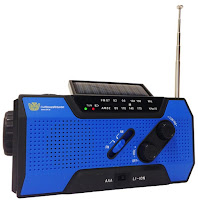 Another aspect of the reduced preparedness for Norwegian radio is that portable emergency ready receivers rarely have DAB capacity because there is no global market for this. The importance of having such a receiver was recently updated by a Swedish County Administrative Board which gave all its employees such a radio as Christmas present. The crank generator radio designed by the Civil Defense Association also has a built-in lamp and USB memory as well as solar cells and requires no ordinary batteries. The idea is that it will be used in emergency situations. It is a reminder of how vulnerable our society is, said Magdalena Andersson, county governor in Västerbotten to public broadcaster SVT. The Chinese-made radio will receive shortwave, medium wave and FM- radio, but not DAB.

Analysis
In Norway, the parliament - Stortinget - has failed to set quality standards for radio emergency preparedness to be retained after closing the national FM radio network. Instead the politicians let the NRK set the standards for coverage etc. However, the dilemma is that NRK is also a significant part of the Norwegian DAB lobby.

One basic problem would also be that DAB technology has never been tested before as being the exclusive system for terrestrial radio in any country. In other countries with DAB radio, there is also a basic well-established infrastructure with FM radio. The internationally unique Norwegian introduction with stand-alone DAB for national radio is a gamble on a high risk level.