Parliament Drama: FM Radio Closure in Norway Might Be Postponed

Centre Party worry for insufficient DAB readiness. Would allocate NOK 40 million to postpone an unpopular switch-off. Supported by one of the government parties. 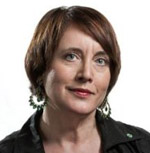 In its alternative budget for 2017 the opposition Centre Party allocate NOK 40 million to cover the cost of postponing the closure of the FM Radio. - We must postpone the switch-off which will start in northernmost Norway January 11, and then be rolling all over the country during 2017, says Janne Sjelmo Nordås member and Vice Chairman of the party's parliamentary group Senter to the daily Dagbladet. The proposal is linked with an prior motion to postpone the closure. The Culture Committee will decide  November 24, following debate and decision in Stortinget - the parliament - on December 6. The Minister of Culture and the conservative party Høyre risk losing, but can be rescued by the largest party.


The proposal will now be very close to the planned switch-off starting date. But the background is that we still get feedback from people around the country that DAB coverage is poor and that there is reason to be worried about preparedness. By NRK P1 we get update on weather conditions, things that happen on the roads, there's been a landslide, and other things that we should be aware of what happened in the community close to us, says Sjelmo Nordås adding that radio is an important part of emergency preparedness.

The closure of the FM network radio has committed many. Sjelmo Nordås think this is the individual case, where she received most responses from the citizens. I think I've never gotten so much feedback from people who drive a lot, people who are at sea in a job situation, staying in cabins or at his residence, and who says that DAB quality is not good enough. There are many reports, and I see good reason to take this seriously, she says to Dagbladet. She simply believe that it is not advisable to turn off the FM network in the winter.

The politician Ib Thomsen (FRP - The Progress Party) says that the party should treat Sp's proposal to postpone the closure of the FM network. This proposal is a very good idea. We must be sure that this goes smoothly and that we do not risk anyone being without radio signals in Norway, he said.

FRP, which is the other part of the present coalition government with Høyre, has a congress decision to postpone the closure of the FM network. Together with the Centre Party they have 39 seats of 169 in Stortinget. Thus this proposal needs the support of other parties. If the Labor Party, which has 55 seats, choose to go against the Conservative Party which is pushing for the transition to DAB. The parties that will reject the proposal are likely to accumulate credibility problems facing the upcoming Storting election in 2017.