Recently the first smartphone with capability to receive DAB radio was released by the Korean company LG. But there might be a fierce competition in the field of terrestrial digital radio as there are other smartphones able to receive digital radio and television worldwide via DVB-T2 and for Japan and South America via ISDB-T.  Radio broadcasting using DVB-T2 Lite is three times more efficient than DAB+ on the same channel bandwidth in VHF Band III.


On some markets now are smartphones and tablets with capability to receive radio and television via the global standard DVB-T2.  Fx I-Mobile from Thailand for the SE Asia market and Avvio Mobile in Colombia.  ASUS latest model ZenFone-Go-TV supports both DVB-T2 and ISDB-T. The smartphones with DVB-T2 standard will not receive DAB radio. 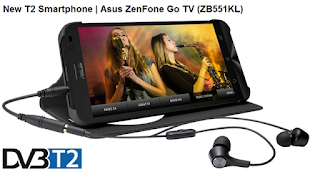 Today there are 17-20 countries using the digital terrestrial television networks (DTT) also for digital radio broadcasting via DVB-T2 (or DVB-T2 Lite) platforms.  Another 20 countries still using the older standard DVB-T for radio are expected to upgrade to DVB-T2/Lite as this is a global platform for DTT. Since 2007 Finland is using the VHF Band III exclusively for DVB-T2 and there is no space assigned for DAB radio.

By piggy-backing on an already established transmission technology DVB-T2, which is being developed for the distribution of terrestrial digital television, this platform has also the exclusive potential to become the dominant global standard for terrestrial digital radio. This is a challenge to other digital audio broadcasting standards (DAB, DRM and HD Radio).

In 2014 the Royal Swedish Academy of Engineering Sciences (IVA) rejected DAB digital radio in response to the proposed roadmap for a transition to DAB+. There are technologically several flaws with DAB+, according to IVA. The academy was concerned that the digital platforms for television DVB-T and DVB-T2 is not also used for distribution of radio. IVA said it is highly doubtful that there should be significant public investments in a stand-alone digital radio network based on technology which already can be regarded as outdated. IVA recommended that radio can develop on-line, also in use with DVB-T2, and that today's FM network and receivers should be retained.