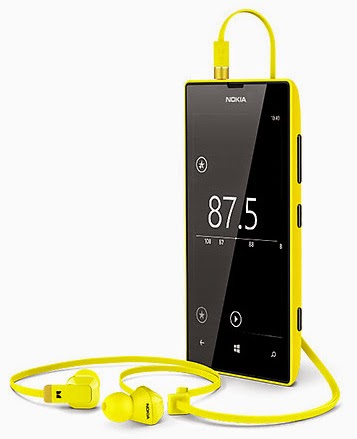 DAB radio in mobile phones is a matter of survival
Mobile data costs less of an issue than ever before
The effort to embed radio chips in smartphones and other mobile devices is now a coordinated effort between BBC and other proponents in the US, Europe and Australia. They’re prodding manufacturers and carriers to embed and activate FM and DAB tuners into handsets. Because iBiquity is involved, presumably the ability to include HD Radio on those FM chips is involved as well according to Radio World.
But will this effort impress the global mobile phone market?

The universal smartphone effort is a combo FM/DAB/Internet project, with the user listening to FM using an app on the embedded and activated FM tuner in their smartphone; the Internet would be part of the so-called “backchannel” for efforts to interact either with stations or their advertisers, for example. Proponents hope the development will spark the interest of Google and Apple so they’d include FM for their devices as well as persuade carriers in addition to Sprint to include FM chips in smartphones.

BBC announced the coalition for the “Universal Smartphone Project,” which includes commercial broadcasters from the UK, the EBU, iHeartMedia, Emmis, iBiquity, NAB and Commercial Radio Australia.

BBC Radio Director Helen Boaden calls the British led partnership “a response to listeners’ demand for simple, charge-free radio in mobile phones.” Hope is that the technology development efforts will interest 15- to 24-year-old potential listeners as sales of smartphones and connected cars increase.

In the U.K., DAB receiver sales have declined and the government has abandoned plans to switch off FM analog service. Mark Fiend, BBC’s head of multiplatform radio, tells the Telegrapht hat the universal smartphone effort is the best way “to remove the barriers that currently exist to listening” on smartphones, touting the same benefits NextRadio does: improved battery life and lower data plan charges.

Research commissioned by BBC shows the majority of smartphone users want radio in their devices but have concerns around mobile data costs, battery use and reception issues when using streamed audio services. The coalition will research and develop a new radio unit which combines internet and broadcast (DAB or FM) radio – for use in mobile phones. The research showed that people would value hybrid radio which brings together the strengths of broadcast radio – free-to-receive, robust reception and reliability – with the digital enhancements and interactivity of internet radio.

At his  his first appearance in person at a Radio Festival Ed Vaizey, the UK minister responsible for radio, said that younger people are the heaviest users of social media and stations like this are targeted to attract younger audiences. But there appears to be more to it than just an interesting correlation. It suggests a multiplatform approach and a strong social media presence is essential for radio to increase reach and engagement with new audiences. Something else that would help is making it easier to access radio on smart phones. He welcomed the Universal Smartphone Radio Project and hoped the BBC build on the good work so far by continuing to support this important project.

But will such economics decide choice of platform for radio and music streaming?

The cost of mobile data less of an issue than ever, says the British media authority Ofcom. 6% of mobile phone consumers have experienced "bill shock" in the last twelve months.

Radio streaming is a potential cause of a high bill, and one of the reasons that some proponents of broadcast radio give for FM chips inside phones. This 6% reflects a continuing decline in bill shock over the last few years. It might be that consumers are more educated; or that roaming bills have been lowered across Europe; and it should be put against increasing audience figures for online streaming services like Radioplayer and iPlayer Radio.

One hour of listening to a typical 48kbps stream is 22MB of data. Over a month, that adds up to about 660 MB.  In Sweden for example a month mobile broadband subscription of 10 GB of data streaming would cost 20 euro.

Out of those who'd experienced "bill shock", the third most cited reason is the use of mobile data. 12% reported the cause as being using more than their monthly data allowance. 6% said the cause was that they'd used data without actually having a data allowance at all; while 8% reported high costs while using mobiles abroad. The reason most gave for their bills being unexpectedly higher than normal was related to telephone calls.  There's no data in this research that specifically pinpoints radio; but this survey suggests that 0.72% of all UK mobile phone users have been caught out by the cost of data.

The fast development of increasing capacity of mobile broadband networks on 3G and 4G/LTE with decreasing subscriber costs for streaming might not stimulate smartphone manufacturers to embed tuners for terrestrial radio in the mobile devices.

FM will in any case have a clear edge over digital radio as it still is a global standard used by most radio listeners in all 200 countries while the DAB market still is restricted to the UK and a few other countries with a weekly listening base over 10 %. Another obstacle for the proposed universal combo project is that is excluding other perhaps more efficient digital broadcasting technologies for the future as DRM and DVB-T2 Lte.