Local radio wants to keep FM. Few cars have DAB radio.
The much toted introduction of DAB radio in Norway is not yet succesfull. The FM network is planned to be closed for public service and major commercial radio stations 2017-19 but still only 12 percent of the cars are equipped for DAB+. Also there is a fierce resistance from the local radio sphere which do not want to leave FM for DAB+. The future fate of 16 million FM-receivers is still unknown.

The Departement of Culture is presently working on a proposition to the parliament - Stortinget - about the continued DAB developments which was decided on 2011. One of the two parties in the conservative coalition government - the Progressive Party (Frp) - which also is in charge of the Finance Departement - will propose that the decision to close down the FM network should be reconsidered. Today, Norway is the only country in the world with a set closure date for FM. 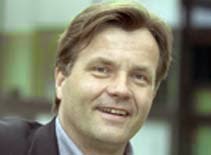 This points to a similar political decision as the one in the U.K. in December 2013 when the government had to back down from plans to announce a closure date for FM and made the BBC to continue broadcast on FM, writes the Norwegian daily Aftenposten.

The Progressive Party was the only party in Stortinget opposing the decision to make a transition from FM to DAB.  Ib Thomsen (Frp), veteran MP of the Family and Culture Committee, says the costs for DAB are to high for minor operators as community radio, Thomsen says that the DAB technology is old-fashioned and that the Stortinget did not have the technical insight when taking its decision 2011. Behind this DAB project was the major movers as the public service company NRK says Thomsen.

The chairman of the Local Radio Association Svein Larsen is happy that the issue is being reconsidered. To close the FM network 2017 will kill local radio he says.