British broadcasters put up a fight for FM 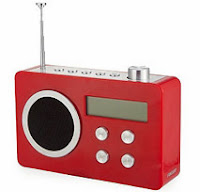 Ed Vaizey, the minister for culture, communications and creative industries, is due to clarify the government's switchover plans on December 16. A group of broadcasters has called on the government to abandon plans for digital radio switchover, claiming the move would jeopardise local radio and cost households "several hundred pounds" each.

The consortium representing 80 stations across the UK listened to by 6 million people a week issued a joint statement. The group said the switchover posed a serious risk of listeners losing access to radio because most households only have an analogue set. It estimates that there are about 100m analogue sets still in use in UK homes.


The switchover – in which national, regional and large local stations disappear from AM and FM – would hamper smaller local stations and force homes listening on analogue to spend hundreds of pounds on new digital receivers, the statement says.

Scott Taunton, managing director of UTV Media, said: We think the concept of migrating stations from AM and FM [to digital] is flawed. There is no consumer demand for this and unlike digital TV switchover there is no digital dividend for the taxpayer. The bulk of people are quite happy with the radio services they already have.

The initial target date of 2015 for the switchover has already been pushed back, after digital radio take-up was slower than expected. Celador chairman Paul Smith said: We think there's no need for the government to be committed to switchover. The two platforms have sat together for many years. We are not saying it's bad technology but what's the point of excluding listeners from the services they are comfortable with?

Digital Radio UK spokesman said: We believe that the future of local radio is secure and that the fact that FM will be sustained for ultra local commercial stations and community stations is good news for listeners and local radio.

But there remains uncertainty about how the multimillion pound nationwide network of digital radio transmitters will be funded. Digital audio broadcasting (DAB) radio currently falls a long way short of the coverage provided by analogue radio.

A total of 35.6% of all radio listening was on digital platforms in the third quarter of this year, two thirds of this was DAB radio. FM is still the major choice for radio listening.