DAB+ Not the Future for Small-scale Broadcasters 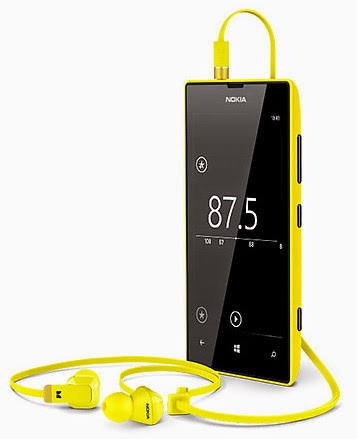 FM still the preferred broadcast platform - with DRM+
as future digital choice, according to European 'green paper'
The retention of FM radio is strongly defended and a transition to the DAB system is rejected for Europe’s approximately 9.000 small-scale broadcasters. A complete stand-alone DAB+ structure cannot survive on a free market without significant public funding (taxes or TV license income) in most European countries. A new report – a green paper – commissioned by the Community Media Forum Europe (CMFE) questions the credibility of DAB system, highlights the preference of DRM+ as a digital choice and with DVB-T2 Lite as a possibility as well as the importance of online listening for future radio.


The report recalls that the DAB platform was the future digital solution for broadcast radio at its introduction 1995 but after almost 30 years it is now outdated as other more efficient, flexible and less costly systems have been introduced. Also that radio listening online is growing as well as what is the core of radio - music listening in general on mobile and fixed broadband. Trying to squeze hundreds of new music or sports channels on air will have very limited societal or industrial values in any European country. Community radio, which is not entertainment oriented, will not benefit being a part of such a transmission structure.

To use public funding for introducing a platform, which still shows few signs to survive in a free market could be catastrophic putting an additional future burden on the taxpayers.
There is no imminent need to completely replace the analogue FM structure for decades ahead. With the exception of greater metropolitan areas there will be no demand for more on-air frequencies for on-air broadcast radio in Europe.

If the market is not politically manipulated there are strong indications that FM will survive for many decades to come. Although being established by state intervention in some countries as in Denmark, Norway and the U.K. the DAB-system will probably be regarded as too costly and technically outdated for future broadcast radio.

Development of digital platforms could be implemented by a step-by-step process, which will reflect natural demand and possibilities on the broadcast market.  Without abandoning the FM band more flexible and adjustable systems as DRM+ and DVB-T2 Lite can develop in parallel. The newest development of multi-standard chips with all systems included will open a free market for distribution where the best product will win by being the consumer choice. Not by decree.

A DAB transmission structure will not benefit local or community radio, which will be at risk to become marginalized in any multiplex except in greater metropolitan areas. The freedom of a community radio station operating its own transmitter will also be lost. Locating all local  transmission platforms into one multiplex will be detrimental to local emergency situations as power breaks.

In some European countries with a failing democratic structure community radio stations should also be aware of becoming dependent of broadcast providers controlled by the government or state connected companies. CMFE and AMARC Europe concluded 2011 that DAB is in many cases unsuitable for community radio and pleaded for preservation of the FM band alongside an introduction of DRM+.

Community radio is recommended to rather cooperate with other small-scale broadcasters as local commercial radio developing flexible and low-cost local distribution platforms. The technical and economical considerations should be based upon the situation after 2020, not today or yesterday. For community radio the democratic and societal values of digitalization should always be considered concludes this report.

The report (23 pages pdf) can be downloaded here