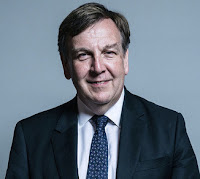 Almost 60 percent of all radio listening is now done digitally (DAB, the digital TV network, satellite and Internet), but analogue stations on the FM and AM-band are still important for millions of listeners. Another FM switch-off delay is regarded as a major setback for the promoters of the DAB system.
Read more » 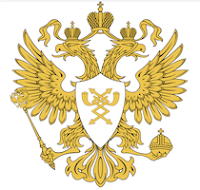 Government subsidies for the FM-DAB transition to be discontinued.
Community radio station Country Radio Switzerland will drop DAB broadcasting at the end of the year because state funding will gradually be reduced starting 2020. This is DAB death, says CEO David Bolli. Prior to the  (communications authority) Bakom grant, only a few stations could be received on DAB +. It was a shock that we were not informed by either Bakom or our DAB supplier that the subsidies would be phased out, says David Bolli, to persoenlich.com.
Read more »

The electronics industry missed on its own forecasts in spite of FM switch-off.  Read our analysis.
Today, the Norwegian Electronics Industry Foundation presented sales figures for 2019 for television sets radio receivers, mobile phones and other electronics products. While turnover increases overall, there are several types of products Norwegians bought less of during the year. Most notable decline is DAB receivers. According to the Electronics industry's own forecasts from 2017, the Norwegians would buy a total of over 1.1 million DAB radios in 2019, distributed on portabel radios, car equipment and integrated tuners in other equipment.
Read more »

We might now discern the end of DAB outside Europe
Broadcasters are trying to establish a digital terrestrial radio platform as a future alternative to radio via Internet. Main contenders are the HD Radio, DAB and DRM systems.  While DAB is leading in Europe and HD Radio in North America the DRM system is clearly the choice for large area countries in Asia (including Russia), Africa and South America. India and Pakistan are all set for DRM (Digital Radio Mondiale) with heavy investments. India is now also manufacturing stand-alone and car receivers for DRM.
Read more »

New opportunities with more effective coverage for terrestrial radio in Northern Europe. The AM band being further developed globally.
Radio 208 in Copenhagen is a new radio station focusing on oldies from the period 1964-1984 with the emphasis on the 70s and rock. "The Rock of Copenhagen - Progressive Rock 1964-1984". Radio 208 broadcasts around the clock at a wavelength of 208 meters (1440 kHz), a frequency that many people in Denmark - at least music fans over 50 years - know; the legendary European radio channel Radio Luxembourg until 1991, says the founder Stig Hartvig Nielsen.
Read more »