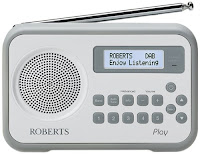 A setback for the DAB lobby wet dream

Federal Ministry of Economics and Energy (BMWi) is working to promote digital radio services by mandating certain features in new radios. The draft recommendation suggests that high-quality radio receivers may only be sold if they are suitable for the reception of standards-appropriate digital signals. Whether that interface is DAB + or Internet does not matter. Smartphones will not be affected as online radio listening is already digital.

According to the draft, devices which are “primarily intended for the reception of sound broadcasting and which are capable of displaying program names must be provided with at least one interface, according to the recognized rules of technology, which allows the user to receive and reproduce digitally encoded contents.”  Car radios will be affected by this new law because they show, by way of RDS, information such as program names.

Lawmakers say because of the new rule consumers will receive a "quantitatively and qualitatively improved radio program" through devices with the additional digital reception features. A twelve month transitional period will allow for old equipment on sale to be sold off. According to the recommendation the regulation does not mean that the citizens are forced to procure a new device.

For a couple of years the DAB lobby has pushed for a regulation which makes it mandatory with DAB+ capabilities in all radio receivers in Germany. This new regulation recognizes that there are various digital platforms for radio which includes the growing importance of Internet.  The DAB+ transmission network have almost full coverage while less than six percent of the Germans listen to radio via DAB+.