Platform with Third Media Sector expertise in 16 countries strengthened
At its General Assembly in Madrid Community Media Forum Europe (CMFE) the Board of Directors got three new members. Judith Purkarthofer (Austria) takes over as President after Ciáran Murray (Ireland) . Vice presidents are Larry Fergeson (Cyprus) and Gabriella Velics (Hungary). Treasurer is Helmut Peissl (Austria). Together with former board members new in the Experts Group is Lina Chawaf MD of the Syrian expat radio station Radio Rozana in Paris. 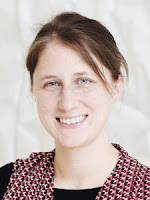 The “Third Media Sector” is made up of non profit-making media serving a local community and has as such a clearly distinct identity alongside the national public service sector and private commercial media. The CMFE is a common platform for networks, national federations and projects active within this sector.

CMFE’s network is growing steadily and, to date has a total of 102 members: 42 Individual Members and 60 Organizational Members, of which 28 are (National) Federations or networks. CMFE has 94 members from 23 European countries, and among its affiliate members it counts also individuals and organisations from Africa, Asia and North America.

The work of CMFE is also advised by members with in-depth expertise on European community media with the input of the CMFE Experts Group that consists of the Board of Directors plus 20 other members.