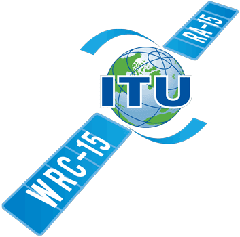 Proposal to move television to 200 MHz  - the DAB radio band
The 700 MHz frequency band has already been earmarked for mobile broadband by the 2012 ITU World Radio communication Conference (WRC-12) and this has also been confirmed by the EU European Council and in the European Parliament. However, the Media Authority in Sweden has recommended that the complete UHF band (470-790 MHz) should be utilized for terrestrial television broadcasts (DTT) until 2020. This has met loud resistance.

2020 is far too much ahead for the mobile broadband operators who want to start already 2015 after the next WRC-15. This has for the moment led to conflicting views in the government with the ministry of culture on one side and the finance and industry departments on the other.

TeliaSonera, one of the major telecoms, points to the fact that already a significant portion of the capacity in the broadband are used for television.

In an official letter to the government the Public Service Council is asking for a more comprehensive view regarding the societal benefits of spectrum assignments including a global vision beyond Europe. Regarding the television sector one should take notice that it is mostly about entertainment (including sports) and it is not much of contribution to developments of society and industry. For mobile telecom it is the other way around. It is based mostly on communication needs for citizens, companies and organizations. Radio and television will be a bonus for smartphone users around the world.

The Council call into question the claim that DTT is a success story. Almost all of Sweden is covered by DTT but still only 25 % of the households watch tv this way. In Germany there is also full coverage but only 12 % viewing. Most household watch tv via cable or satellite and increasingly also via ip-tv (mobile or fixed). 2020 probably the viewing via DTT has decreased still more. To maintain a nationwide DTT structure, which will be used by a small portion of the households, would be a waste of frequency resources.

The Council does not share the standpoint of the broadcast industry and says that television should leave the 700 MHz band 2015. The Council also reminds of the possibility to also use the VHF band for television (again). Finland already has decided to use the 200 MHz band (174-240 MHz) for television as the digital radio DAB system (Band III) has already been rejected for radio. It would be possible to use this band for DTT. There are no prospects of DAB radio utilizing (partly or completely) this band in most European countries in the future.

The Council does not see any disadvantages by distributing an increasing part of radio and television via fixed or mobile broadband. It is here, besides cable and satellite, most listeners and viewers will be in the future.